Blue Moon / You saw me standing alone / Without a song in my heart / Without a love of my own — Richard Rodgers and Lorenz Hart, 1934

All these romantic songs assume it’s terrible to be alone. That we can’t dream alone and that we must be unhappy and lonely if we live alone.

Well, they’re misleading us down the wrong garden path. The one strewn with rose petals where only romantically linked couples are welcome. Or the one lined with party hats and noisemakers for large groups and families. 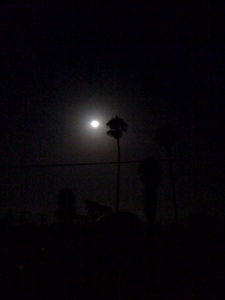 For some of us, the shared path does not last, or lead anywhere, or suit our nature, or our lifestyle at a particular point in time. More and more people around the world are choosing to live alone, according to sociologist Eric Klinenberg, author of Going Solo: The Extraordinary Rise and Surprising Appeal of Living Alone. In 1950, 22 percent of American adults were single. Today, more than 50 percent are. People who live alone in the United States (31 million) make up 28 percent of all American households, making them more common than any other domestic unit, including the nuclear family.

It’s hard to believe that all 31 million Americans who live alone are looking up at the moon and feeling empty. According to Klinenberg, those who live alone are more likely than couples to have active social lives, taking the initiative to reach out and get together regularly with friends.

From my own experience, I know it’s possible to be happy alone. In the past, I’ve felt lonelier in the wrong relationships or surrounded by people not on my wavelength. But I believed all the romantic songs that the path alone was too dark and I felt sorry for those who went down it. To end up there would be awful, I feared.

But, guess what? Here I am and it’s not dark at all. It is fun and full of adventure. I’m not saying it’s better than being with someone, but it’s just as good, just as worthwhile a path to take. I wish I’d been able to realize this earlier. I could be a famous novelist or Pulitzer-prize winning journalist by now, instead of spending time caring for unhappy men or trying to make ill-fated relationships work. Just kidding, of course. But I certainly could have saved myself hours of wishing I were on another path, under another moon. Maybe someday I will be, maybe not. Either way, I’ll be okay.

A few months ago I was looking up at the Blue Moon. Astronaut Neil Armstrong, the first man on the moon, had just died and we were encouraged to wink at the moon and remember him on his memorial day.

So by the light of his Blue Moon, with a song in my heart, I go for a walk, I take a photograph, I write, and I am in good company.

Such a friendly woman once I got her to smile. I pass her for weeks in the morning, she walking two dogs and I carrying my mat to yoga. She is tall, with a limp in one leg, but she doesn’t let it slow her down, walks briskly and for miles she tells me, after we say hello and introduce ourselves. On Valentine’s Day, she surprises me with a chocolate bar, passing it to me like a baton in a relay as we move along. I eventually learn that she also swims and I tell her I write for the local paper and give her my card. 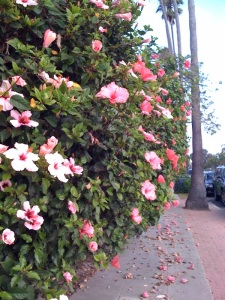 One morning I am headed in a different direction and I don’t recognize her as she pulls up in a black SUV and parks in front of my neighbor’s house. “You’re early this morning,” she says as she gets out. It takes me a few seconds to see who she is in this different location. And another few to realize she is not stopping to say hello or give me another candy bar.

She walks in front of her SUV and over to my neighbor’s hibiscus trees and starts yanking off the pink flowers. Handfuls of them. “I need these for my tortoise,” she says. “I hope whoever lives here doesn’t mind.”

I don’t know what to say.

Now, the hibiscus trees and flowers surround my neighbor’s corner house and flow over the sidewalk on two sides, so there are probably enough to feed a bale of turtles.

My neighbor is a yoga teacher, a kind and gentle man, and the hibiscus is the state flower of Hawaii, so it seems entirely possible that he wouldn’t mind sharing his bountiful blossoms with a hungry tortoise. I might be tempted myself to pluck one for my hair, just as I’m sometimes tempted to grab a lemon from another nearby front yard. But in the spirit of aloha, I think I would ask first before plucking. Or I like to think I would.

I’m a moderate when it comes to dogs pooping on my lawn. I’m not conservative – let’s ban all dogs from going to the bathroom anywhere outside, make them wear diapers. Nor am I a liberal – let them poop and pee merrily away and run around in restaurants, Parisian-style. 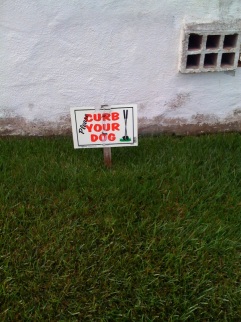 No, I don’t mind if a dog poops on my lawn, as long as the owner picks it up. It’s not as if I’m out there rolling around on my grass, or even walking barefoot. I’m not as squeamish as some who even hate the idea of dogs on bike paths, the idea of walking where dogs have done their business, although I do admit that walking through a dog beach bothered me a bit.

Now that my son and his wife have adopted a dog and I see what they go through encouraging little Ruby to squat quickly and quietly, whipping out the teeny plastic bags and bending over and deftly scooping and tying the end and making sure nothing is left behind, I’m even more sympathetic to dog owners. Most, I think, are conscientious, and don’t have room in their homes for dog litter boxes, assuming dogs would even know what they are, unless a fire hydrant or a tree could be planted next to it.

Not everyone agrees with me. One of my neighbors glares from under her gardening hat at dog owners as they amble by. One morning, I point to a man in front of me with a dog the size of a horse. “How would you like to pick up after that?” I joke. She turns red. “The other day I caught him,” she said. “I was 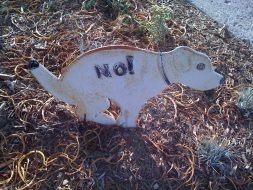 up on my roof and he couldn’t see me. It’s amazing what people will try to get away with when they think no one is watching.” I try to imagine what she saw. Then she adds, “If you see anyone letting their dog on my lawn, tell them to get off.”

So the next time I’m out walking with my daughter-in-law and Ruby starts sniffing my neighbor’s pristine lawn, I explain that it’s not dog-friendly and the owner may be up on the roof watching us. “It’s almost too perfect, isn’t it?” I say. There’s not a blade out of place or sullied by soil. We look closer – and both realize that it is too perfect, because it’s not real! It’s fake grass. 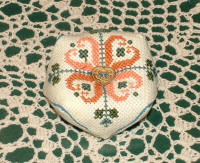 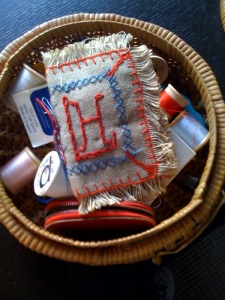